What new business models are likely to arise?

Think you know all there is to know about buying stuff online, with your Amazon and your eBay apps and others littering your smartphone screens, plus a bit of Asos here and the bit of Ocado there?

Well, prepare for a seismic jolt rippling in from the east, every bit as revolutionary as the past 20 years’ shift in shopping trends and consumer consciousness that displaced high street with desktop, and then desktop with mobile as the increasingly-dominant purchasing patterns of the public at large.

Who knew shopping could be exciting again and, what’s more, an immersive, engaging social experience, to boot? The people of China do.

Social shopping is the not-so-new normal for a generation of young Chinese consumers with stacks of disposable income to burn, who largely swerved the relative shackles of desktop ecommerce and skipped straight ahead to the all-singing, all-dancing, all-consumer-driven freedoms of the smartphone.

The Chinese-led social shopping phenomenon is whizzy, exciting 360-degrees ecommerce event in the round, a participatory experience right there in the palm of your hand.

A BCG/Alibaba report perfectly summarises the way social shopping in China and beyond is “an adventure…a fire hose of rapidly changing content, offers, products, colours and choices”. Some way removed from the pretty much static ‘click here’/‘buy now’ procedure European e-shoppers are used to, then.

The way we buy electronically in Europe has thus far been a fairly linear experience. Effective, for sure. Revolutionary up a point, without doubt. But – you have to say – pretty vanilla.

You tap your phone or click the links, dispense the virtual cash and wait – hopefully not for too long – for your goodies to arrive.

So far, so effective. Nothing to complain about there. Your stuff has arrived, and everybody’s happy. Isn’t that really just what everyone wants? Clean and simple, end-to-end stuff, for consumer and seller.

Yes, e-buying, or whatever you wish to call it, is e-buying the world over. But the Chinese way is markedly different, in as much as it loves to invite everyone along to the party.

This is total immersion e-shopping, fuelled by ever-evolving technological innovation and the seamless integration of all-powerful social platforms. There, in a nutshell, is the big boys’ game European ecommerce players have got to learn – and fast.

Social shopping clearly has at its epicentre the youthful energy of the Chinese economic boom. But this dazzling digital marketplace isn’t age-specific, and it’s a place where you can bring along the whole family for the ride.

European e-retailers can learn so much from the immersive Chinese social shopping phenomenon. What should be one of the main drivers, from boardroom to marketer, to app developer and designer, is the challenge of changing the corporate mindset of how brands perceive themselves.

Central to this, too, is how brands envisage their relationship with those who buy from them and – providing they’re doing it right – help to keep their company P&L in rude health.

And increasingly pivotal to this is that word – you’ve guessed it – social.

The success of China’s all-powerful WeChat platform, and apps such as Taobao, are two that any go-ahead brand would be foolhardy not to watch.

Their achievements in the Chinese digital marketplace lie not merely in the agility of their evolution, but in the inspired transformation and convergence of their business models.

These stem from being once-distinct social and m-commerce platforms into one-stop-shops on the smartphone, and in so doing fully embracing the act of shopping as an event. Something that’s not just a plain-old transaction, but entertainment as well.

The social shopping model is a chance to share and participate in the experience, while effectively using all the time-honoured and so-familiar tropes of user-generated social media engagement. These include adding photos, reading and writing reviews, rating products and services, chatting with friends and giving them the nod about great deals and must-have purchases, donating to projects and causes that resonate with you the consumer, plus innovations such as earn-as-you-buy schemes.

One such company which incentivises e-shoppers with the enticing prospect of making some money rather than just spending through the power of social is Sobu (sobu.ch). Here’s a clip showing you how they do it – and perhaps a glimpse of future business MOs for European ecommerce operatives:

And for China’s social shoppers, the participatory opportunities afforded by these ‘super apps’ (as a BCG/Alibaba report so aptly dubs them) open up door after virtual door into a vast welter of online and offline services; the kind of things we’re used to doing in Europe on lots of separate apps littering our smartphone screens, such as shifting money around from A to B, booking tickets, finding a taxi or grabbing a takeaway. The list goes on.

So-called ‘showrooming’ is another commercial nettle that’s become fully rooted like digital knotweed among Chinese social shoppers. Anyone who’s been to a shopping mall or main retail street in the UK and Europe in recent times might indeed be subtly aware of a European spin on the phenomenon, as it is taking off here in a so-far much smaller way.

No, showrooming is not the act of driving the latest Vauxhall off the forecourt. It’s where shoppers physically go in to stores (shops, yes, remember them?), and then buy online. In Europe – particularly it must be said in the UK – you will see people scrolling on their smartphones for the best online prices, then doing a mental calculation against the same goods in-shop on rail and rack.

This is where showrooming, Asia-style, is cut from a different cloth, embracing the social rather than the solitary. In China, showroomers once again make the buying process a collaborative affair, using their friends and family extensively for product recommendations. And if all the right boxes are ticked, then they buy.

An InternetRetailing report pretty much nails the big challenges ahead for brands, particularly in the area of luxury goods. And one of those challenges is fast becoming not even the relatively simple act of coaxing the customer to shop on smartphone per se, but far more about how they shop when they’re there.

If high-end brands are to successfully grab nanosecond smartphone attention spans in sufficient volumes to ensure future young consumers part with their virtual coin, “it is no longer enough for a website or mobile app to simply facilitate a purchase,” the report says.

It’s time to bring that oh-so-non-digital word ‘emotion’ into the frame. The emotional undercurrents of a big – and by that read costly – purchase are too often overlooked by brands who, with much justification it must be said, have a steely eye on the end-game of the consumer completing the purchase. 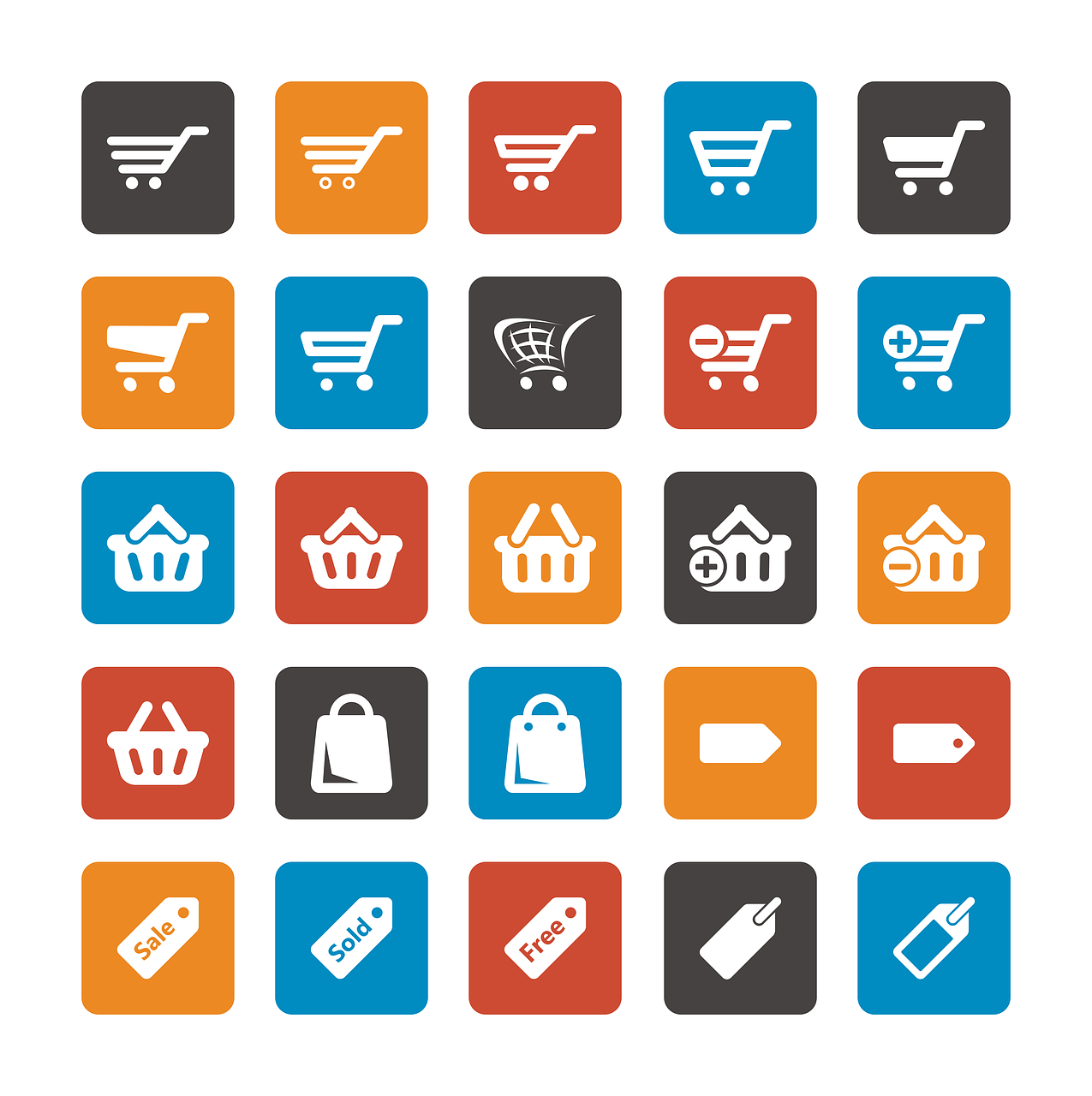 But if the person parting with their cash is prepared to pay top dollar, then part of that process is surely “to trigger, inspire and stimulate user engagement” to justify these big purchases.

There’s an irony here, too, that in failing to pay heed to the emotional and social aspects of e-shopping could actually be having a direct, negative impact on businesses’ bottom line.

In allowing themselves to be blindsided purely by the buying process, brands can miss a trick; after all, when you buy something fabulous, don’t you want to tell all your friends and family about it? And then – guess what? – bang: you’ve got yourself another sale. And then another. And so it goes on.

This social aspect of shopping is hardwired into the DNA of smartphone users in China and among her Asian neighbours. The transactional process afoot on those ever-present big screen smartphones isn’t just monetary, but human.

People are buying not just lovely, shiny, cutting-edge goods, but ideas and aspirations. And yes, hello to you once again, our old friend: lifestyle.

China is streets ahead in its fearless head-on grasp of innovation. But in Europe and beyond a panoply of new business models must emerge among savvy brands and platforms for them to survive the rough and tumble of the global digital marketplace.

These can take several forms: some brand-specific, and tailored to their values with the aim of seizing the commercial grail of loyalty (and repeat purchases). Brands can leverage this by steering their business model towards increased personalisation of customers’ m-shopping experiences, boosting their authoritative voice and consumer trust with original thought-leader content – much of it steered by the users themselves, to gain that trust.

Other m-commerce operations, meanwhile, will choose to go whole hog down the fully-convergent super-app social highway. And if they’re really determined to get things right, make it fun while they’re at it.

Video, AI, VR, peer-to-peer reviews and social sharing, online user forums and communities, Facebook Live-style product launches and events, and shoppable adverts, all geared towards outshining others in the smartphone shop window – in fact, just taking the gloves off and getting creative – will sort out the successful players from those who fall by the wayside.

And not forgetting throughout major factors which have made China’s online shopping model such a powerhouse: “Attractive price, quality and rich variety.” (Source: Xinghuanet News)

The ripple effect of increasing competition for your mobile dollar, pound or euro will force hitherto rigid structures to get dynamic – and soon – to capture the imagination and spending power of an m-commerce-weaned younger generation. A generation more conscious than ever of the dizzying choice at their disposal before anyone persuades them to part with their hard-earned cash.